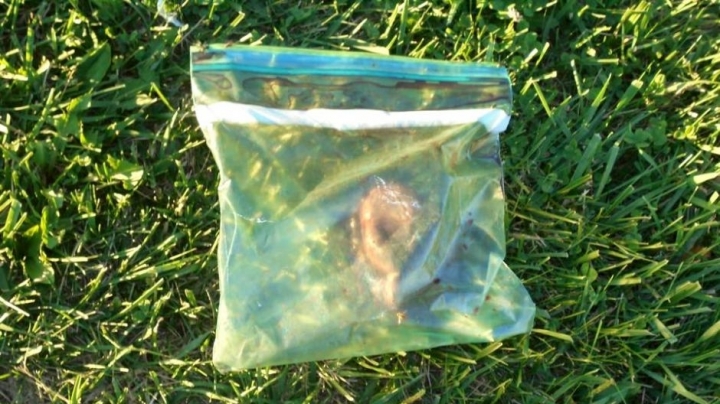 A heart in a zip lock bag has been found in Ohio and police are trying to determine whether it belonged to a human, reports ABC News.

The mystery began to unfold when emergency medical technicians made the discovery on August 25 in a grassed area outside a petrol station.

The crew initially threw it out, but retrieved it when they realised it might be a human heart.

Norwalk Police Department Captain Eric Hipp told ABC News the heart was discovered outside the Friendship Food Store in the early evening and the medical team called police shortly after, at 7.13pm.

"The gas station is where the ambulance tends to sit between calls," Captain Hipp said. "He'd been there earlier in the day … they went back and saw this bag sitting there. They called us and then we got involved."

Captain Hipp said the station had not seen anything like it before.

"Well it's definitely unusual," Captain Hipp said. "It's not something we expect … around here."

He said the suburb was on the main state road through town.

"There's a bunch of gas stations (and) car dealers," he said. "We don't have any open homicide or missing persons cases."

He said investigators were checking whether the heart had any preservatives in it to determine if it had come from a medical school in a neighbouring city, including Cleveland which is less than 100km away.

Captain Hipp said Norwalk's coroner had passed on the heart to Lucas County, who had better resources to test the organ.

"They are doing the test to see if it's human," Captain Hipp said. "We want to see what the final answer is before people get too upset about it. It could be an animal heart. We're in a holding pattern until we know."

He said they hoped to get official results in the next two weeks.