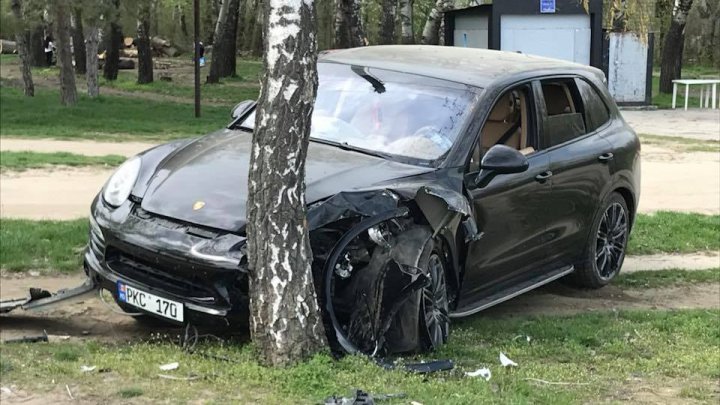 A man hit his luxury car against a tree in La Izvor Park this afternoon.

According to the witnesses, the man was angered on two dogs who were crawling and wanting to ride in the car.

After he damaged his car, he returned and continued his quest as if nothing had happened.