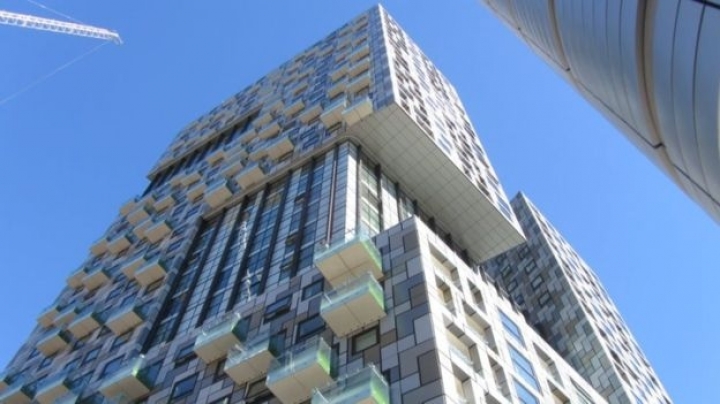 A luxury block of flats has been named as the "worst building" of 2016. Lincoln Plaza in London's Docklands won the 2016 Carbuncle Cup with one judge describing it as a "horror show" and the "embodiment of sea sickness", BBC informs.

It's the fifth consecutive time a London building has scooped the dubious honour run by Building Design Magazine.
Galliard Homes said its "scheme sold out to buyers, so clearly the project is liked by the purchasers".

The developers said: "Architectural design is art, and like all art, a matter of personal tastes. Each project the company delivers is bespoke and distinctive and the company has built a strong reputation for rapidly selling out."

On its website, Galliard Homes said it offers "breathtaking views, first class facilities and superlative living accommodation... Lincoln Plaza is set to provide one of the most prestigious and sophisticated new landmarks on Canary Wharf's iconic skyline."

Prices start at £795,000 for a 3 bedroom flat with residents having access to a snooker suite, private cinema, gym and sky garden.

Two other London buildings made the six-strong short-list - luxury development Saffron Square which was described as having a "car crash of a facade" and 5 Broadgate the home to UBS was called a "mute steel fortress".