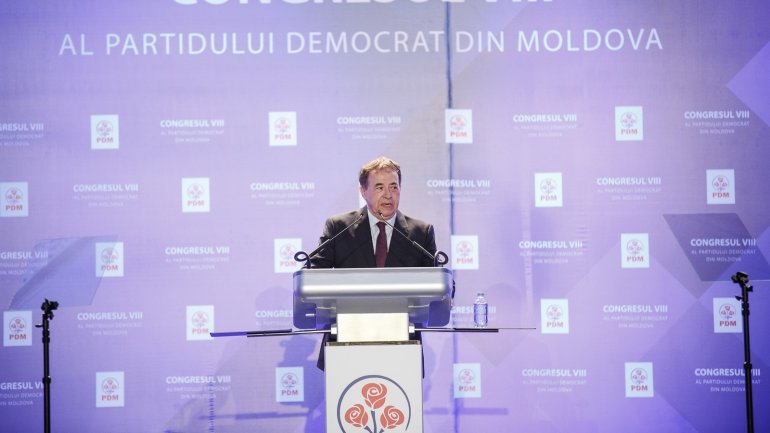 Democratic Party convened today at the eighth congress of the party. Invited to the event, Secretary General of International Socialist Luis Ayala came with a message to those present at the event.

"I'm excited to be here today. I come to you today with a very important task. I bring greetings from the international Social Democrats. I am very glad to be here today and to see that the Democratic Party is leading. Social democrats were and are a force for transformation. We brought the change. Thanks to you, people enjoy more freedoms and rights. Today we have new challenges and new tasks. it is important to guarantee peace in a world where are too many conflicts. We have a big task to create a world of solidarity, it is the overall task of socialists. That's why we were and we are the force of transformation. We are proud of the role and commitment of this party, of each member. Moldova, as any other country, must be united. Your desire to join the European Union is a very important commitment. We will never allow for this philosophy of own interest to exist. That philosophy which excludes the man.

It is time to have less politics that is not appropriate for us. It's time to capitalize on our principles. This is the way to fight populism.

You are the people representing and fighting for those ideals in which we believe so much. It is absolutely necessary for you to succeed. I wish for the members of this party to succeed" said Secretary General of the Socialist International, Luis Ayala.

In the Congress hall is Victor Ponta, vice president of the International Socialist, Chairman of the European Affairs in the Romanian Parliament, Sonja Lokar of the Party of European Socialists and several leaders of the Social Democrats of Georgia, Ukraine and Romania.