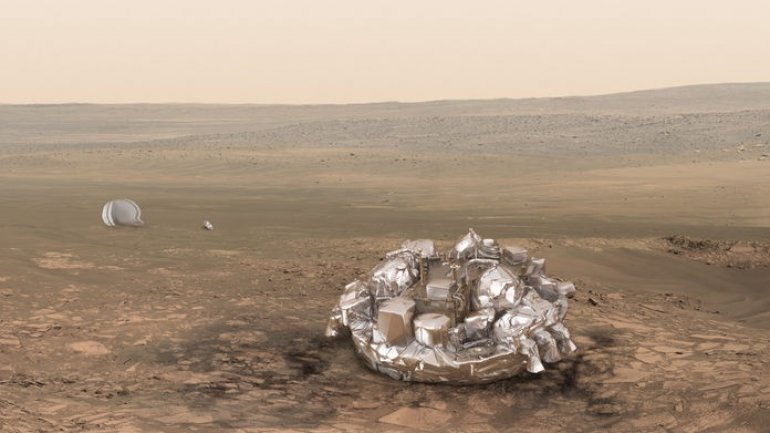 The European Space Agency (ESA) has confirmed the Schiaparelli spacecraft, which was expected to land on Mars on Wednesday, has been lost.

During a press conference on Thursday, scientists said that Schiaparelli stopped transmitting around 50 seconds before the expected landing.

The agency suspects something went wrong when the parachute was jettisoned: "The ejection itself appears to have occurred earlier than expected, but analysis is not yet complete," it said in a statement.
ESA's Director General, Jan Wörner, said Schiaparelli's primary role was to test whether they could successfully land a probe on Mars.

"Recording the data during the descent was part of that, and it is important we can learn what happened, in order to prepare for the future," Wörner said.

David Parker, ESA's Director of Human Spaceflight and Robotic Exploration said it's what they wanted from a test.
"We have data coming back that allows us to fully understand the steps that did occur, and why the soft landing did not occur," he said.
The probe was equipped with nine thrusters that were due to be activated for the last 30 seconds to help cushion the landing. But while they were confirmed to have been briefly activated, the agency believes they switched off sooner than expected.
More at CNN.
AFLĂ imediat Știrile Publika.MD. Intră pe Telegram