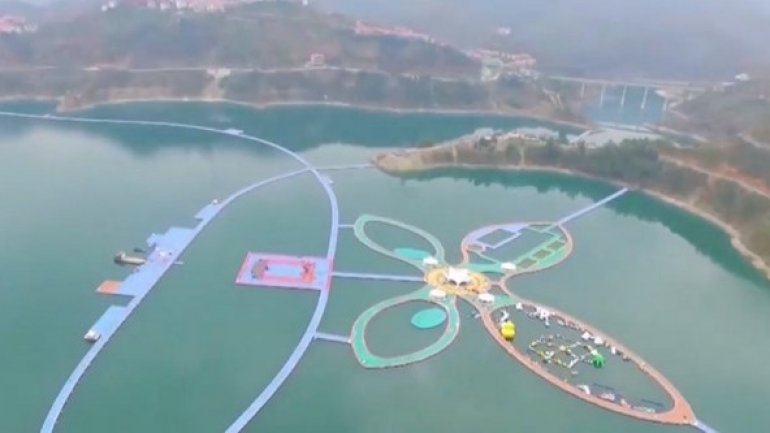 China’s already got a terrifying-looking glass walkway along the side of a mountain.

Behold a 50 km-long walkway that floats in the middle of the Hongshui River in Guizhou Province, in the southwest of China.

Need some help with picturing just how big it is? We’re talking twice the length of Manhattan. We repeat: Manhattan.

So it probably won’t surprise you that the infrastructure, which opened to the public on New Year’s Day, has broken a Guinness World Record.

Oh, and it’s not just us who think the walkway looks worth a visit.

Just ICYMI when admiring the aerial footage, the pathway is also supported by some floating objects – alright, that’s an understatement, there’s 222,500 of them – including what appear to be some seriously giant rubber ducks and some seriously fun-looking slides.