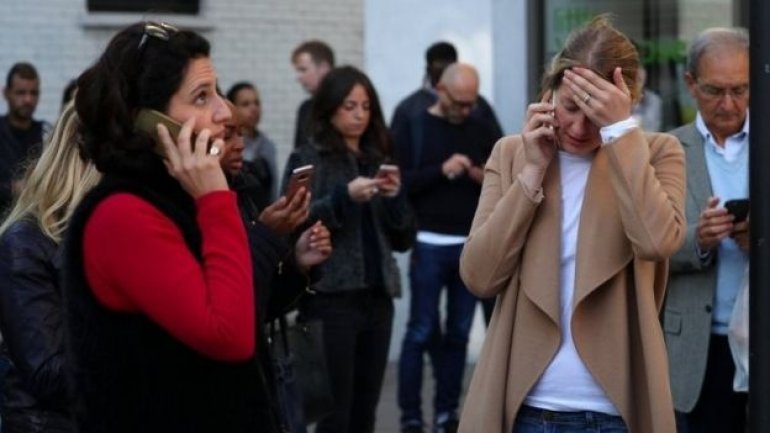 Officials said 22 people had been hospitalised in the explosion, which police are treating as a terror attack.

At least one child was hurt after a photo emerged of a schoolgirl with burned legs.

Almost half of the injured were hurt in a stampede following the explosion. The rest suffered burns when the homemade device exploded.

One witness said there were “lots” of people injured in explosion and the subsequent rush to flee the train and station. Officials said no-one was seriously hurt.

Another witness said a "fireball flew down the carriage" during the Parsons Green terror attack.

It is now believed the bomb was being operated by timer. It is unknown whether the attacker was with the device when it exploded.

Prime Minister Theresa May has confirmed she will chair a meeting of the Government's Cobra emergencies committee this afternoon at Downing Street.

The attacker is now feared to be at large. Police have stopped a bus in Chelsea following the explosion.

The Met Police said "several people" had been injured in the London terror attack. St Mary's Hospital has declared a "major incident".

One woman said on Twitter: “I'm safe - just had to run for my life at #ParsonsGreen station - huge stampede, lots injured. Not sure why - fire/explosion mentioned.”

A photo shared on social media appears to show the homemade bucket bomb in a Lidl bag which exploded on the train this morning.

Experts now believe the device malfunctioned and only the smaller detonator ignited and not the main charge.

The photo showed the container still burning with passengers' bags scattered across the carriage.

Another photo appears to show wires hanging out of the container.