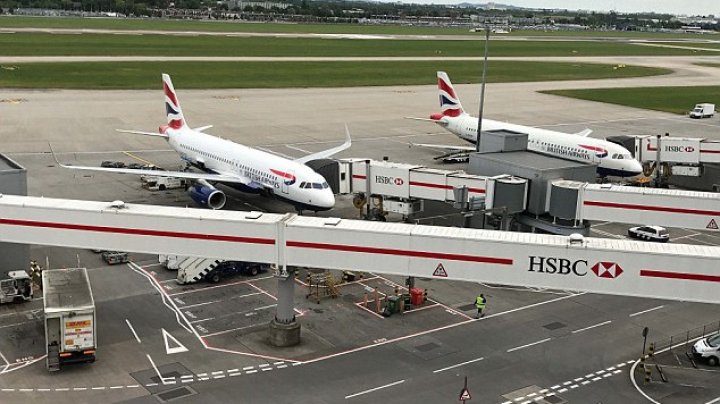 Hundreds of passengers were evacuated from a plane at London Heathrow Airport today after reports of a 'serious accident' involving two members of staff.

Police were called to the airport in South West London at about 8am following the incident near Terminal Five that was said to have involved two operational vehicles.

Passengers reported delays of up to two hours to flights and British Airways confirmed a number of stands at the terminal were inaccessible.

Heathrow tweeted shortly after 8.30am that it was investigating the incident, which did not involve any passengers and was not expected to impact journeys.

A spokesman later told MailOnline: 'We are dealing with a serious accident involving two vehicles on the airfield. We are working closely with the emergency services

'Updates will follow. The airfield remains open and we will work to minimise disruption to our passengers' journeys.'

A BA spokesman added: 'We have apologised to customers for the delay to a small number of our flights this morning, following an incident involving two operational vehicles at the airport.

'We are doing all we can to ensure they will be able to depart as soon as possible.'