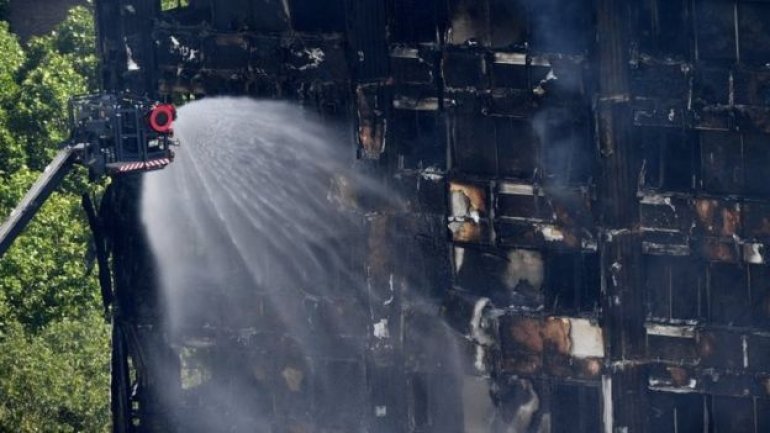 Firefighters have worked through the night to dampen the deadly fire at a west London block of flats that killed 12 people and left many more missing, BBC informs.

Flames could still be seen inside the tower block as crews used lights to search the building floor by floor.

Sixty-five people were rescued after fire ripped through Grenfell Tower in north Kensington on Wednesday morning.

Police have warned the number of deaths is expected to rise, while PM Theresa May has promised a full investigation.

Thirty-four people remain in hospital - 18 of whom are in a critical condition.