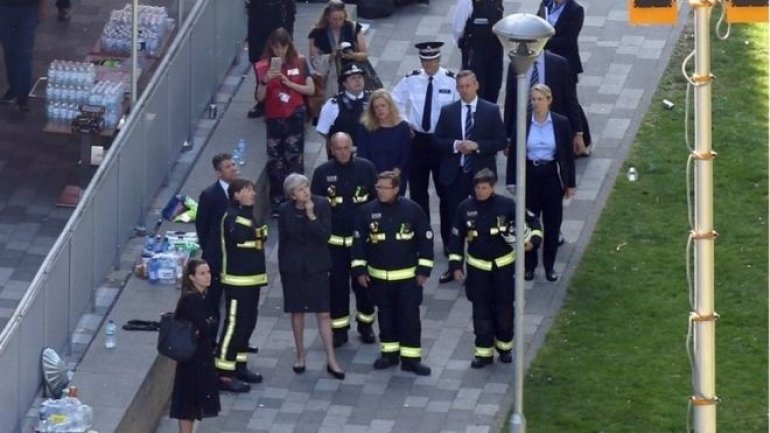 Rescuers do not expect to find anyone else alive in the west London block of flats which was engulfed by a massive fire, the fire service says.

London Fire Commissioner Dany Cotton said there were still "unknown numbers" of people in the smouldering ruins of Grenfell Tower, in north Kensington.

People have been desperately seeking news of missing family and friends, after 17 people were confirmed dead, BBC informs.

The Queen has said her "thoughts and prayers" are with families.

More than 30 people remain in hospital - 17 of whom are in a critical condition.

Prime Minister Theresa May, who made a brief private visit to the scene, has promised a full investigation, as questions are asked about the speed at which the fire spread.