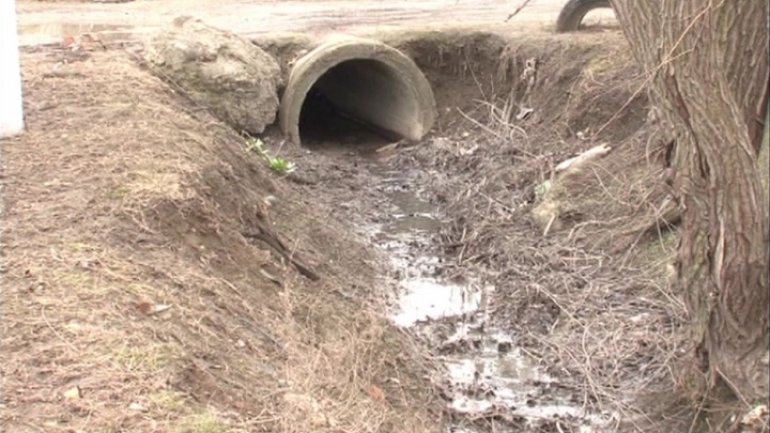 For a few days, the inhabitants of a street in Bubuieci commune, Chisinau, are suffocating in the smell of manure that drains from a sewerage fountain. People say they're tired of writing complaints to local authorities that pretend they do not hear them.

Coincidentally or not, one hour after the arrival of our shooting team, a group of workers from Apa Canal Chisinau intervened on the spot, who solved the problem in just a few minutes.

For nearly five days, the toilet faeces, flowed on main street of the village, and ended up in a ravine at the edge of the road. Most passersby avoided this portion because of the unbearable smell, and the cars had to speed up while passing this place.

The inhabitants of Grigore Vieru street in Bubuieci commune say that this sewer fountain is permanently clogged.

"This problem has occurred for 4 years. The repair was made but it did not work properly".

People complain that they can't stand up this smell.

Moreover, the villagers say that the mayor of Ion Şaranuţă, who lives only a few meters away from the clogged sewer, did nothing. Neither he was found at home to give us any comments, nor did he answer the phone.

However, a crew from the Apa Canal Chisinau company came to the spot. In just a few minutes, they seized the sewer.

"We dug the drainage, but there was the dirt on the bottom, tomorrow, the brigade will come and clean up everything."

The head of the Nicolae Racu section informed us that the local authority in Bubuieci and the management of a residential block in the area are responsible for the maintenance of the sewerage network on Grigore Vieru Street.