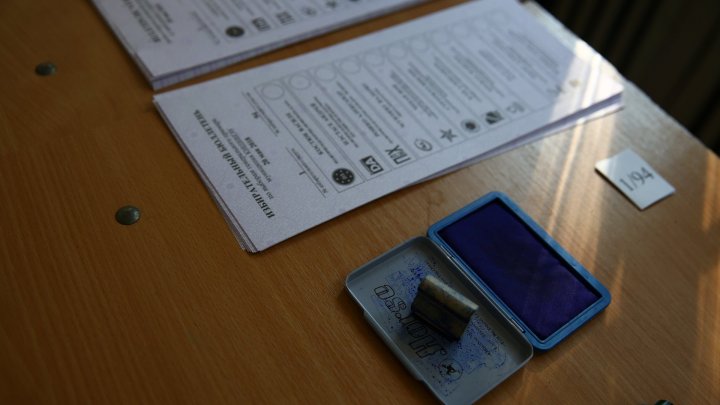 Voting for a Mayor who will work for the city, leave aside political interests and build the city for citizens, these are the expectations for the future Chisinau Mayor that Silvia Radu, the independent candidate voted. She came along with her husband and children for the vote.

"Today I voted for the inhabitants of Chisinau to have a ruler to work for the city and its inhabitants in order to continue those changes that started at the Chisinau City Hall", said Silvia Radu.

Social Democratic candidate Ion Ceban and his wife voted in another section. He urged citizens to actively participate in the polls.

"I voted for a beautiful, better-arranged, cleaner city for people of all ages, from the young to the mature. We come with good thoughts to have a better city to live. There are many things to change , but it is already on the electoral debate, not the voting day. The City Hall will be one of the most open institutions, "Ion Ceban said.

Another candidate for Chisinau Mayor came to vote with emotions.

"I am looking forward to seeing people's reaction to the facts we have done, and less to the words I have said," said Andrei Năstase, candidate for mayor.

Valeriu Munteanu came to the polling station with his wife and four daughters.

PUBLIKA.MD reminds that more than 630,000 Chisinau inhabitants are expected to cast their votes for the mayor. The same number of 32-cm vote tickets are printed. The vote takes place until 21:00.