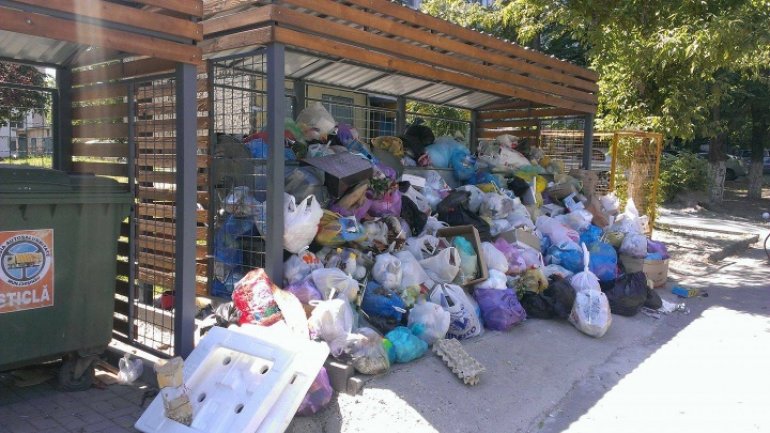 The garbage from Chisinau will be evacuated to the dump from Ţânţăreni village. The villagers agreed with the Chisinau authorities.

"The decision taken by the village council was very hard. Our commune has been ignored by the municipality for 30 years and the people don’t trust its promises anymore,” said Ţânţăreni mayor Ina Paşcan.

“We thank Mr. Prime Minister for involvement and guaranteeing the tasks to be fulfilled by the city hall. It’s only thanks to the Government that we have made this step.

Because of negligence, one has got into the hard situation Ţânţăreni is in now. We hope all the promises and benefits will be for the sake of the community. Nobody has compelled us to do anything. The garbage dump was build a long time ago and nobody asked himself then whether it suited the norms. We are the generation that should bear the responsibility for the choice made long ago," the Ţânţăreni mayor said.

"I want to express my gratitude for the verticality of the Ţânţăreni mayor. Although it’s not the Government’s task, the Cabinet has offered the due support in managing the garbage problem.

The Ţânţăreni authorities realized the commune would only win, if it accepted the conditions. We committed to build a water cleaning station, to strengthen the dump dam and other works. I want to assure you the city hall will fulfill all the obligations it has committed to,” said Chisinau deputy mayor Nistor Grozavu.