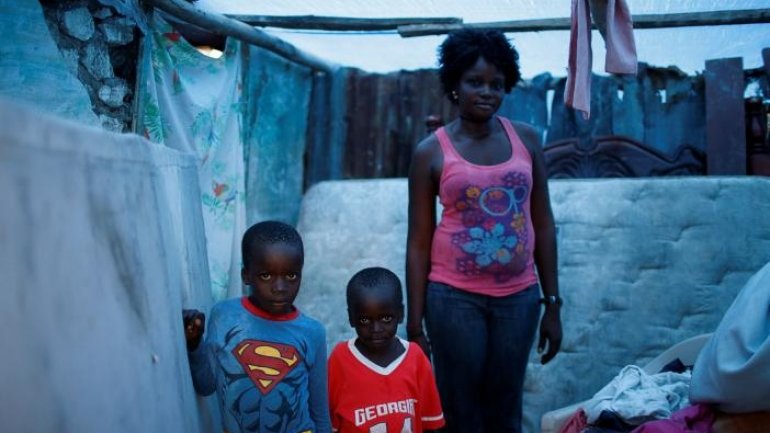 Haiti had been hit so hard by Hurricane Matthew, the fiercest Caribbean storm in nearly a decade, that people considered themselves lucky to be alive, Reuters reports,

Villages making contact with the outside in early October, days after the cyclone ripped through the impoverished nation's picturesque western peninsula, like Jeremie, were in ruins.

"I lost everything, but I was lucky that none of my children died. Now my situation is very bad, we need help."

Liface Luc, 66, was one of many people affected by the storm in Haiti, where the death toll rose to more than 1,000 people.

One of Matthew's worst repercussions was the outbreak of cholera. Many people flooded hospital units for treatment.

"I don't need to say nothing. My house explains everything. It's completely flat down. I lost everything: my crops, my animals, so I have nothing left," Luc said, shirtless, wearing ripped cloth shorts, a straw hat and holding a machete in his hands to clean his property.

To his right, a chair was the only item distinguishable amid a pile of his possessions.

In the same town, a girl carried a container of water over her head bigger than she was.

When she made it home to her family, they were sitting in front of their concrete house, which was without a roof, and had almost nothing inside.

Matha Dominique, 67, sat next to her six family members, four of whom are children. One of the boys leaned on his mom's lap, another looked at the ground with his arms crossed, and one rested her chin in the palm of her hand.

Their problems were tangible.

"Since I was born, I never see something like that. I thought it was the end of the world," Dominique said. "Things that took many years and effort to have and build disappeared in a few minutes. That is crazy and does not make sense to me. At my age, do you think I could do something or start again? I think no."

Nathalie Pierre, 28, looked exhausted, emotionally and physically, as she held up her 3-year-old daughter Rose.