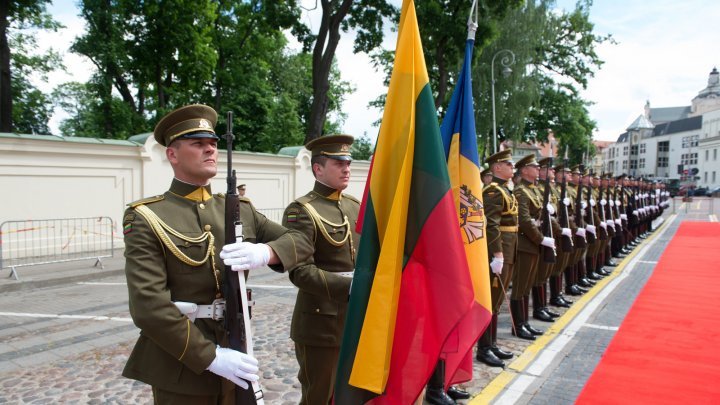 Lithuania has always been with the Republic of Moldova and has supported us with concrete actions aimed at developing, modernizing and reforming the defense system in our country.

In this respect, the Minister of Defense thanked the Lithuanian Government for substantial assistance to the National Army of the Republic of Moldova in important areas such as military education, expertise in strategic document development and joint training in multinational exercises held in Ukraine, Bulgaria, Romania, Germany and other countries.

Eugen Sturza noted that Lithuania remains an example for the Republic of Moldova regarding the defense system and said that our country counts on the experience of the Lithuanian partners, especially now that the National Army is in a great process of reforming and professionalisation.

In return, the Lithuanian Defense Minister confirmed his willingness to continue the bilateral cooperation plan, but also reiterated the openness to discuss and implement new defense projects with the Republic of Moldova. He also emphasized Lithuania's interest in promoting joint projects under the Eastern Partnership through North Atlantic Alliance Trust Funds in order to advance support for the strengthening of the National Army of the Republic of Moldova.

The two officials also discussed the regional security situation and the hybrid warfare measures. Ministers agreed to continue discussions on these important topics between the specialists of the two ministries.

The Defense Minister was in visit to Lithuania from 18-19 May.