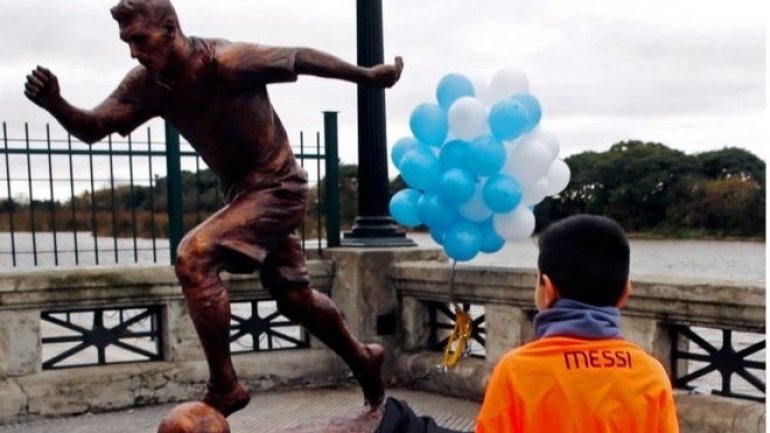 A statue of Argentine football star Lionel Messi has been vandalized in Buenos Aires, informs BBC.

The bronze statue, unveiled last June, was broken in half and the torso, arms and head removed.

The motive for the damage was not clear but city officials say repairs to the statue are already under way.

It was unveiled just as the striker announced he was retiring from the national team - a decision he later reversed.

Statues in the area have previously been targeted by vandals or thieves.

"The statue of Lionel Messi... was victim of an act of vandalism that left the footballer's sculpture without its top half," the Buenos Aires municipal government said in a statement.

"The city government is already working on its repair."