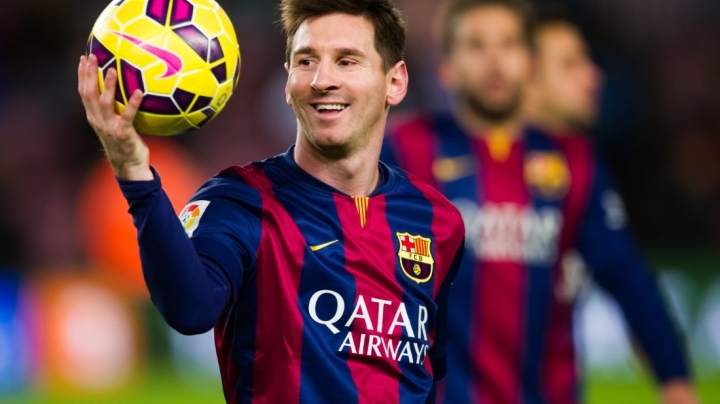 Argentina's Lionel Messi, considered by many to be the best player in the world, said he will likely retire from international soccer, reports CNN.

The news came shortly after his side lost the Copa America final to Chile on penalties.

"This is tough and a difficult time," Messi, the Argentina team captain, said. "The first thing that comes to my mind and that I have thought is that the end has come for me and our team."
He referred to the four major competition finals he has played with Argentina - all of which he lost.
"It has been four finals - it just wasn't for me unfortunately. I looked for it, and wanted it so bad, but it didn't happen for me," he said.
Visibly upset, he suggested that there was a movement of people who wanted to see him retire.
"I think this is best for everyone, firstly for me and for a lot of people that wish this," he said. "The team has ended for me, a decision made. I tried many times [to be champion with Argentina] and I leave without being able to obtain it."
Asked if a decision has been made to leave team Argentina, Messi responded, "I think so. I don't know, it is how I feel and think right now. This is a huge sadness and I missed the penalty."
Messi missed that penalty kick after the two sides were held to a stalemate following extra time. Although Chile missed one of their kicks, midfielder Francisco Silva converted Chile's final penalty, sealing a 4-2 score on penalty kicks and the win - the second year in a row Chile defeated the Argentines.
Tearful images of the 29-year-old forward, Argentina's record scorer with 55 goals, were quickly circulated on social media.
If Messi retires from the international scene - he will continue to play his club football for Spanish champions F.C. Barcelona - it means that he will ultimately fall short of his illustrious compatriot Diego Maradona's achievements.
Messi has been on the losing side of three Copa America finals - in 2007, 2015 and this year's centenary edition - as well as the World Cup final against Germany in Rio de Janeiro last year.
Regardless, Messi undoubtedly remains one of the most talented players of the game, although his international performance has long been overshadowed by his club play.
Other players, most notably Italy stalwart Andrea Pirlo and Portugual's Luis Figo, have announced their retirement from international football before reversing their decisions.
Messi's teammates also reacted to the news that the team's best player would step aside.Fellow striker Sergio Aguero said that Messi's penalty miss in the shootout had affected him greatly.
"It is the worst that I have seen him in the locker room," Aguero said.
Argentine goalkeeper Sergio Romero said that he thinks Messi may have been too hasty in announcing he would quit the team.
"I think Leo spoke in a heated moment, because a beautiful opportunity escaped us," he said. "We will try to hold our heads up and be whole for what comes ahead. I can't think of our team without Messi."
AFLĂ imediat Știrile Publika.MD. Intră pe Telegram