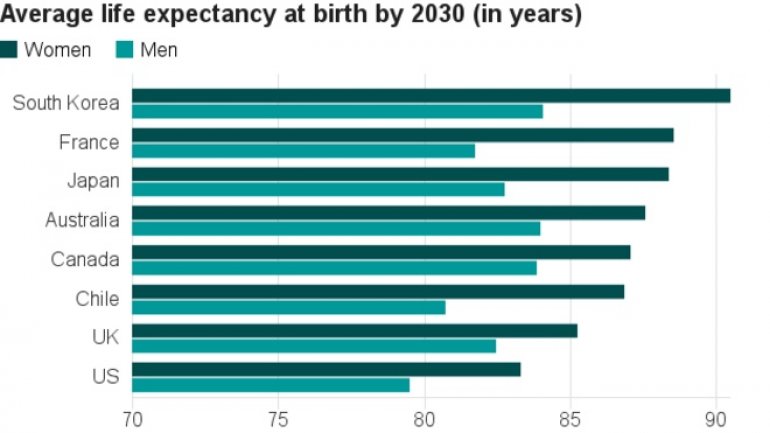 South Korean women will be the first in the world to have an average life expectancy above 90, a study suggests, according to BBC.

It predicted all would see people living longer in 2030 and the gap between men and women would start to close in most countries.

The researchers said the findings posed big challenges for pensions and care for elderly people.

"And so far, they are better at dealing with hypertension and have some of the lowest obesity rates in the world."