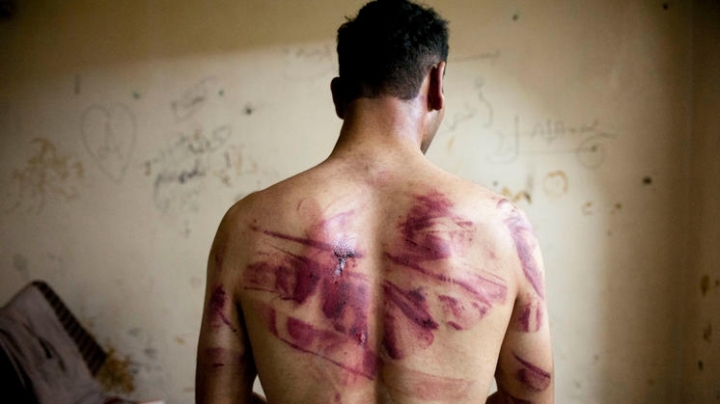 One former prisoner described undergoing desperate jailhouse surgery performed with a scavenged razor blade. A woman told of her gang rape by a military commander and his troops, each awaiting his turn. Another man recounted thirst-crazed prisoners licking spilled water from the floor “like cats.”

Even before the outbreak of Syria’s civil war, the country’s detention facilities, particularly those run by the security forces, were notorious for abuse. But prison torture is occurring now on an industrial scale, with more than 17,000 people believed to have been killed in custody and tens of thousands of others enduring horrific treatment on a daily basis, Amnesty International said in a searing new report.

“Since the current crisis in Syria began in 2011, the situation has become catastrophic, with torture committed on a massive scale,” the report said, citing interviews carried out with 65 ex-detainees over a span of five months in 2015 and 2016.

The London-based rights group said its findings corroborated those of previous investigations, including one carried out by a U.N.-mandated body, but the 64-page document is notable for the degree of agonizing detail provided by interviewees, the majority of whom had found haven in southern Turkey.

Like other international monitors, the group was barred from carrying out research inside Syria.