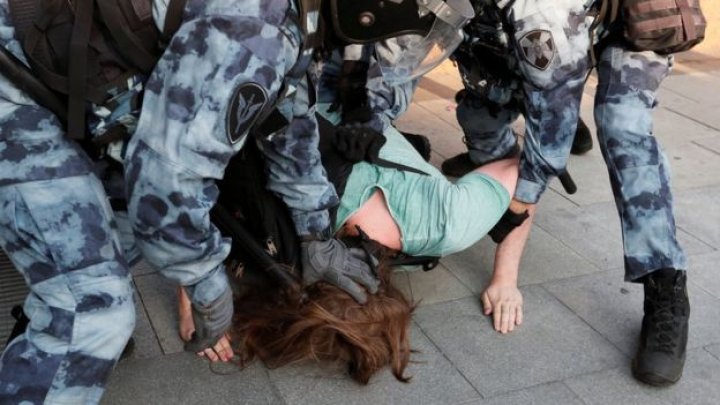 Maia Sandu and Andrei Nastase need to have a message to condemn the Moscow authority's violent actions, according to Liberal leader Dorin Chirtoacă within a press briefing.

"When Maia Sandu and Andrei Nastase stay with others here, at the Stefan cel Mare monument, people want to have support from the democratic international community because they were roughed up by police. In Moscow, thousands innocent people are arrested. They don't follow the political goals and don't want any state positions. Don't they deserve an act of solidarity?", said  Dorin Chirtoacă.

PM Maia Sandu and Internal Minister Andrei Nastase have not commented on this declaration at present.

Police in Moscow have detained more than 1,000 people at a rally, in one of the biggest crackdowns in years, writes BBC.

Demonstrators were dragged away from the city hall as security forces used batons against the crowd.

People were protesting against the exclusion of opposition candidates from local polls. The opposition say they were barred for political reasons.

Some of the candidates banned from standing in the 8 September election had been detained earlier.

Officials disqualified about 30 people, saying they had failed to collect enough valid signatures to stand.