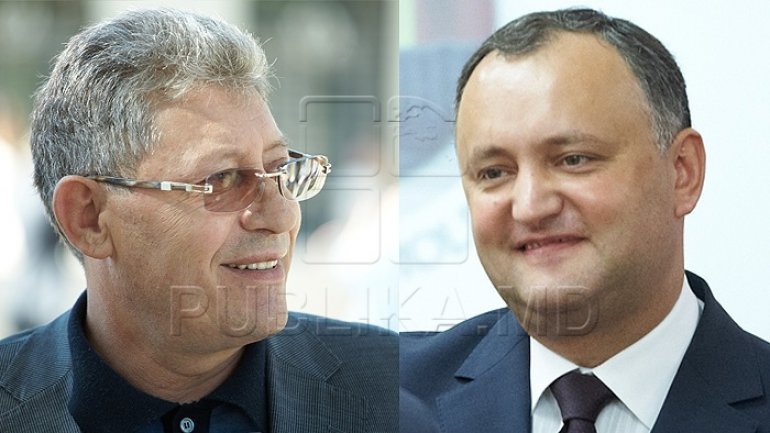 Liberal Party initiated the dismissal of the president of Moldova Igor Dodon from office. The announcement was made today, January 16th, by Liberal Party leader Mihai Ghimpu, during a press conference.

The head of the party's faction in parliament says the president has violated the Constitution when he congratulated the new leader of Transnistrian region, Vadim Krasnoselskii.

"His action is contrary to the Constitution. We, the members of the Liberal Party faction have initiated the procedures of the organization of the referendum. I hope our colleagues in Parliament will support our initiative, because if we do not stop this, things can get worse. We can not afford to have a President elected by the citizens of Moldova that promotes the interests of the Russian Federation" , said the Liberal Party chairman, Mihai Ghimpu.

For the initiative to be registered, members of the Liberal Party in Parliament must have the support of 34 MPs. The PL faction in parliament is composed of 13 MPs. Mihai Ghimpu said he has not yet discussed this topic within the parliamentary majority to which he belongs, but said he hopes that the document will be signed by his colleagues.

At the same time, the Democratic Party has come up with a response.

MEPs expect that the Liberal Party to present, first, the arguments underlying this initiative within the coalition.

And if there are elements that induce the risk of possible violations of the fundamental law, Democratic Party of Moldova could sign a petition to the Constitutional Court to seek the opinion regarding a possible violation of the supreme law.

So far the president has not commented the statements of the Liberal Party leader.