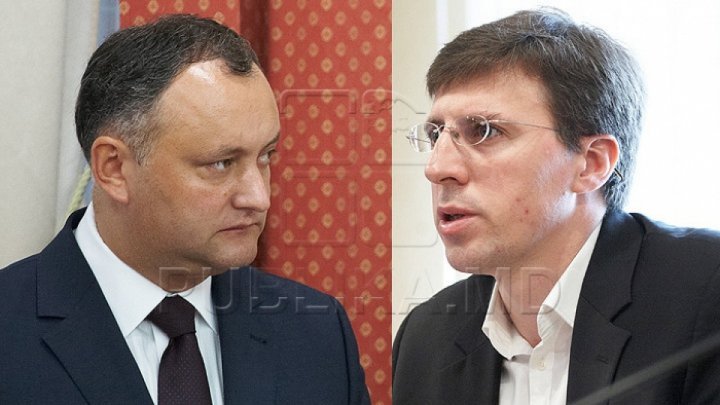 President Igor Dodon has received continually Russian money, according to Liberal Party leader Dorin Chirtoacă. Obvious evidence is the high expense planned by the Chief of state for August 24 actions to mark the Iasi-chisinau operation 75th anniversary which aren't provided in State Budget and Presidency Budget. According to Chirtoacă, this even could cost at least half of million euros.

Dorin Chirtoacă has showed the press the video published on Presidency site. It showed that President Dodon met with many organizers in order to arrange the August event.

Chirtoacă said that there was Defense Minister Pavel Voicu which means the Government of Sandu is also involved in these actions whose financing remains unclear.

Publika TV has tried to ask for comments from the Presidency press service in vain.

Some videos published on the press pointing to that President Dodon received a million dollars from Russia in order to run Socialist Party. Later, prosecutors were notified and initiated criminal trial in which many people were heard.

Moreover, ACUM - PSRM alliance turned down the initiative to create an investigation committee over PSRM illegal financing requested by PDM.

The videos also convinced the Communist Leader Vladimir Voronin who said "he (Dodon) could put something in pockets, hands or foreign accounts simultaneously and could betray anybody anytime".