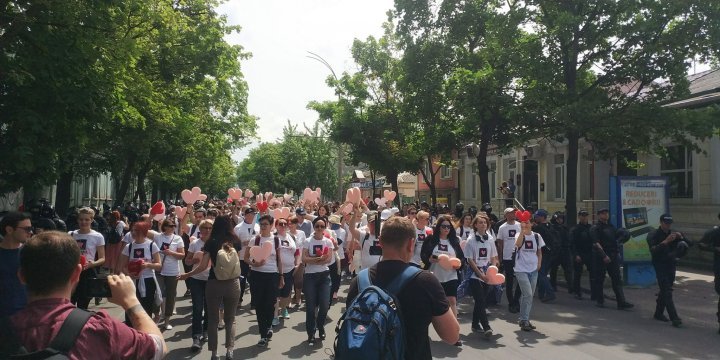 Representatives of the LGBT community and their supporters have held a march today to promote the rights of sexual minorities. The demonstration took place in the Without Fear (Fără frică in Romanian language) campaign.

The police had to evacuate several dozen people who had an aggressive behavior towards the representatives of the rally.

Police had to take the anti-LGBT religious people by force.