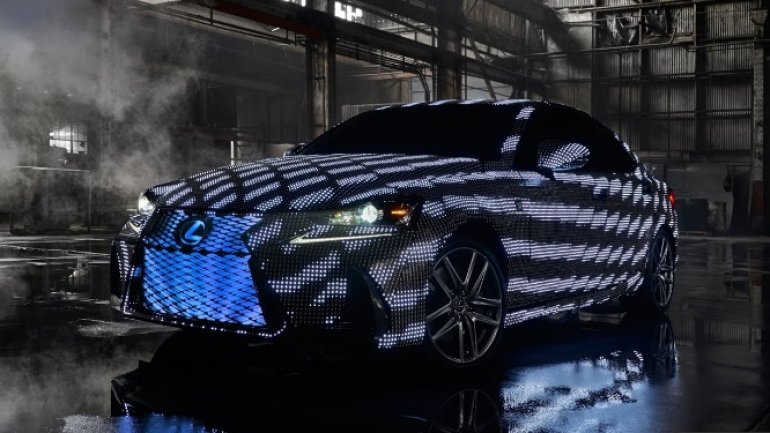 Here’s a car you probably won’t ever be able to buy: a 2017 Lexus IS covered in 41,999 programmable LED lights that changes color on a whim and, if it is ever allowed on the road, would probably be the world’s most distracting vehicle, according to theverge.com.

The car, dubbed the LIT IS, was created as part of a collaboration between Lexus and video streaming service Vevo to promote UK singer Dua Lipa’s new video, “Be The One,” according to Gizmodo. Oh, and did we mention this thing changes colors in response to human gestures and music? Because yeah, it does that, too.

“This unique collaboration between Lexus and Vevo showcases the Lexus IS as an incredible work of art, technology and design through the lens of a music video” is a statement cooked up by Lexus’ PR team to describe this insanely indulgent but undoubtably cool little project. No word on whether this car was the result of some Lexus executive overhearing a teenager calling something “lit” and then running with it.

To create this colorful chameleon of a car, Lexus engineers applied all 41,999 LED lights by hand. If placed end-to-end, the LED stripes would stretch half a mile in length. According to Lexus, the car features three different modes.