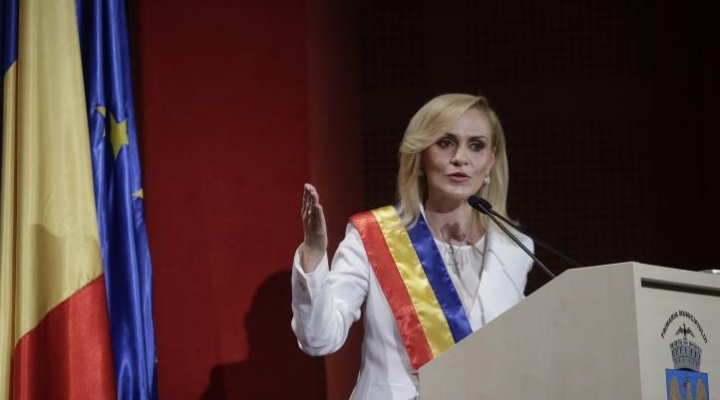 Gabriela Firea was sworn in as Bucharest mayor on June 23. Several members of her party, the Social Democratic Party PSD, attended the ceremony, including party president Liviu Dragnea.

“So far, I have promised that I would fight to change for the better the Bucharesters’ day-to-day lives and that I would turn this city into a real European capital. From now on, I will do what I’ve promised. No more words! Let’s get to work!” Firea wrote on her Facebook page.

Gabriela Firea won the Bucharest mayor seat in the local elections on June 5, while her party, the Social Democratic Party – PSD won the most votes for Bucharest’s General Council.

One of her objectives is to make the public transport in Bucharest free, Romania Insider writes.