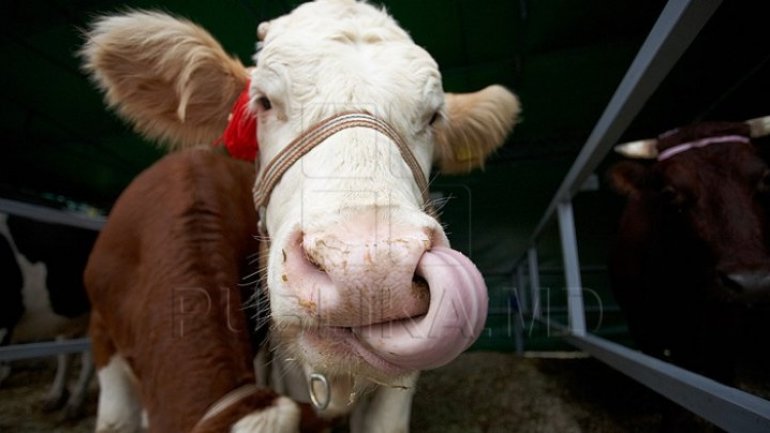 More and more villagers from Moldova give up raising cows. Only in the past decade, the number of cattle in Moldova decreased by nearly 40% and reached to 182 000 animals.

People from villages claim that it became too expensive to keep animals, while the price for milk offered by economic agents is too little.

"Everyone used to have cows, pigs, sheep, goats. Now, unfortunately this need is less."

"We used to grow cows, because our parents kept farm animals. We used to feed and take care of them."

"Cows used to be present in each second house. The number of farm animals decreases by each passing year. If in the past the village used to have around 150 goats, now there are only 30" a representative from Bălţata City Hall, Ala Dimciuc said.

This man is the only person from the settlement that still grows four cows. He claims that animals are the main source of income for his family.

"We go to the market and sell milk, what else can we do? The prices are what they are, some claim that the milk is too expensive. At market it reaches even 10 lei for 1 liter."

Residents from Râşcani district who sell milk at collection points complain that the prices are too small.

Collectors claim that the price for milk depends on its quality.

Processors claim that they lack raw material, especially in winter.

"We stock up on cheese and butter to be able to deliver it in same amount in autumn. There is a problem during winter, but we do our best to train our employees from the sector to gain quality milk" the production manager, Eduard Toderiță. said.

Zootechnics experts mention that solutions must be found to cease this issue, first of all in terms of fields.

"Field that are still rather fresh. City Halls control them. Some incentives to create associations of cattle producers at the settlements level, at the districts level, which could strengthen the effort of small producers" zootechnics experts, Oleg Mașner said.

According to the statistics, in the past 10 years, the number of cattle decreased from 299 thousands to 182 thousands of farm animals. Therefore, there is by 109 000 tons of milk less and by 10 tons of beef less. In 2016, Republic of Moldova imported 97 tons of beef worth 220 thousand US dollars from countries such as Italy, Ukraine and United Stated of America.