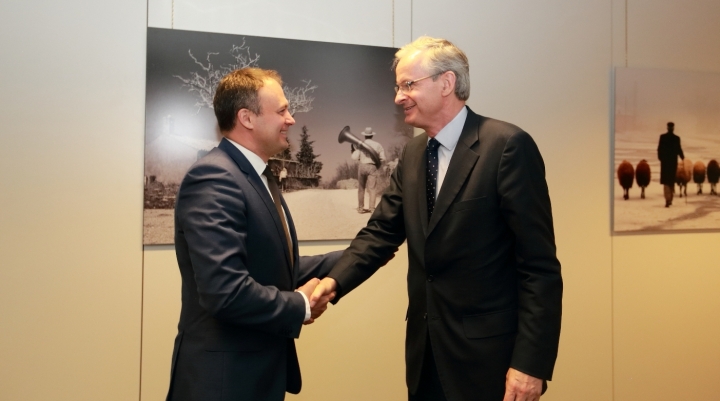 Moldovan speaker Andrian Candu has met in Brussels with Christian Danielsson, the Director General for Enlargement at the European Commission.

The main issues they have discussed refer to the reforms roadmap, the officials’ integrity legislation, the betterment of the financial-banking sector, insuring economic stability, the autumn presidential elections and resuming the EU assistance.

Referring to the Association Agreement, Andrian Candu has said the Parliament has become more active and more involved into the process.
The EU’s development assistance for Moldova has been another key issue. Andrian Candu and Christian Danielsson have exchanged opinions on the current developments in Moldova’s relation with the International Monetary Fund.

The officials have tackled the reform of the public administration in Moldova, as the Director General for Enlargement has shown interest for ways of involving the civil society into the Parliamentary activity.

Parliament head Andrian Candu has also met with the chair of the Foreign Affairs Committee of the European Parliament, Elmar Brok, and has highlighted the social-political developments in Moldova.