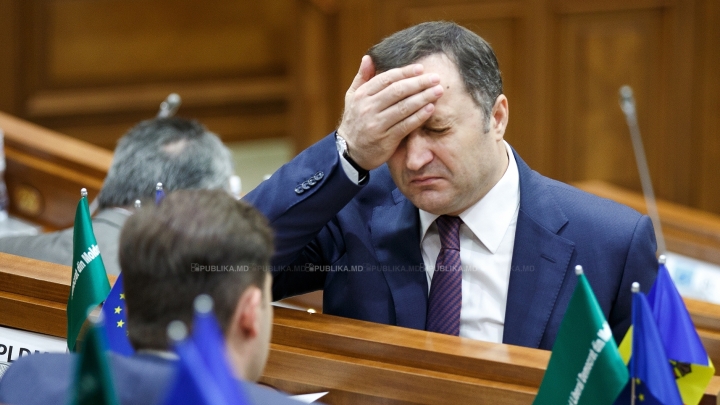 The former prime minister Vladimir Filat, was sentenced today, 27 June 2016, to 9 years of jail in closed-type penitentiary, fine of 60,000 lei, deprivation of having high positions for a period of 5 years, and the revocation of the “Order of Republic”, given by the president Nicolae Timofti in 2013.

The Buiucani trial court has issued today the sentence in the case file of the former prime minister accused by the anti-corruption prosecutors of traffic of influence and passive corruption.

The magistrates have decided to seize all his goods received illegally. Thus was established the seizure of 4 luxury cars in total amount of 4.5 million lei. They are 2 Volkswagen Touareg, of 2013 and 2015, aToyota of 2013, and a Porsche Cayenne.

The judges have also decided to seize many illegally obtained goods, with a total value of over 791.2 million lei, and specifically the shares of SA Kapital Invest, shares of Ipteh SA and real estate in Chisinau.

The judges have also decided to request from Vladimir Filat the judicial expense of 15.5 thousand lei in favor of Anti-corruption National Centre.

The banking cards, seized during investigation, which are corpora delicti in the case, are kept during the validity of the case.