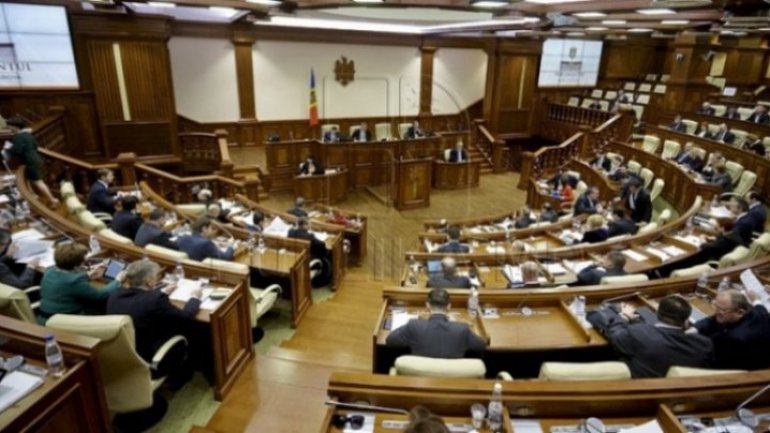 Some of them were dissatisfied with the fact that the agenda included projects rejected by President Igor Dodon, others disliked the way projects were debated.

PCRM deputies announced yesterday that they would be absent. However, the meeting took place and the deputies in the ruling coalition, together with the liberals, managed to re-vote projects submitted by Dodon.

The first meeting of the autumn-winter session began with the hymn sung by students from Ciprian Porumbescu High School in the capital.

Subsequently, the elected representatives approved the agenda, which included 13 subjects.

The first to announce that they left the meeting room were deputies of the PLDM faction.

"The issue with the re-vote is one of the political ping-pong between us, between the presidency and the government. We did not want to participate in this ping-pong, and we decided to leave the meeting, "said the deputy PLDM, Vadim Pistrinciuc.

After several of the projects rejected by President Igor Dodon were revived, the PSRM faction decided to leave the meeting. Socialist MPs were dissatisfied when the arguments made by state head were not presented by his councilor at the main tribune.

"We wanted to have a profound discussion today because the President has returned to Parliament certain draft laws that are sensitive to society," MPRP deputy Vlad Batrincea said.

But President Andrian Candu explained that, according to the Regulation, the president's arguments in the case of laws submitted to the review are vociferated on the spot, not on the platform.

"The withdrawal of colleagues from the PSRM faction is nothing more than a political gesture. They have seen that the parliamentary majority will keep their vote and otherwise they could only manifest themselves by leaving and boycott the plenary session. in the composition of the majority, but also with colleagues in PL. "

In total, there are 12 projects under review in Parliament, eight of which have received the confirmation vote today. These include the law on reforming the Academy of Sciences, the Meal Vouchers, the Law on Prevention and Combating of Terrorism and the Law on Energy.

The laws will be signed by the President of Parliament, Andrian Candu, and will soon be sent for promulgation.