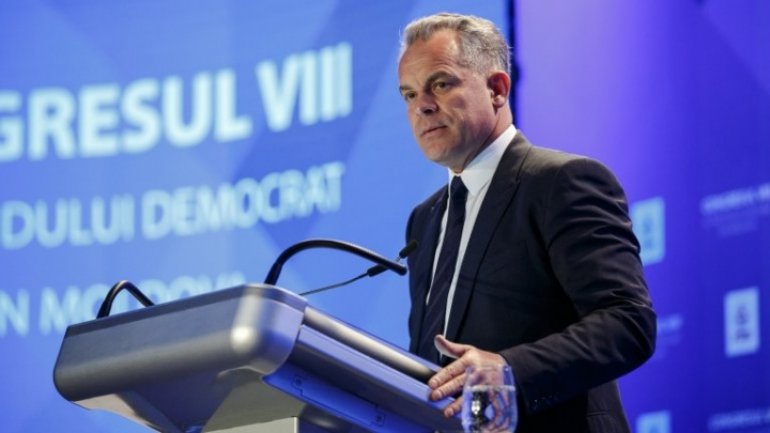 The Democratic Party from Moldova has been congratulated by secretary general of the Socialist International Luis Ayala for progress made in developing the country.

The officials has mentioned, in a letter, Moldova's economic growth and the development of Moldova's relations with the European Union.

"On behalf of the Socialist International, I send you and the Democratic Party of Moldova greetings and congratulations for the important role assumed in the development of a common vision for Moldova which is modern, democratic and contributing to stability and economic growth, while at the same time developing new and productive relations between Moldova, the EU and the international community at large.

I wish to convey our appreciation and recognition of the open and frank debate in which the vast majority of the country is engaged, surrounding the current efforts of the PDM to advance a process of reform of the electoral system with proposals and objectives that involve all the citizens of Moldova and has their interests at heart.

Aware of the aspirations of Moldovan citizens as a whole to advance further reforms to benefit the economy in line with the sustainable development goals and the creation of opportunities for all, we wish to highlight the dedication and key contribution of the PDM to bringing positive change to Moldova, and in particular its important role in favour of progress and political stability, evident today as your party leads the governing coalition.

I convey our best wishes of success to you and the PDM in your important endeavours and assure you that in all these efforts, the Democratic Party of Moldova, and you as its leader, fully count with the solidarity of your comrades in this global family of the Socialist International."