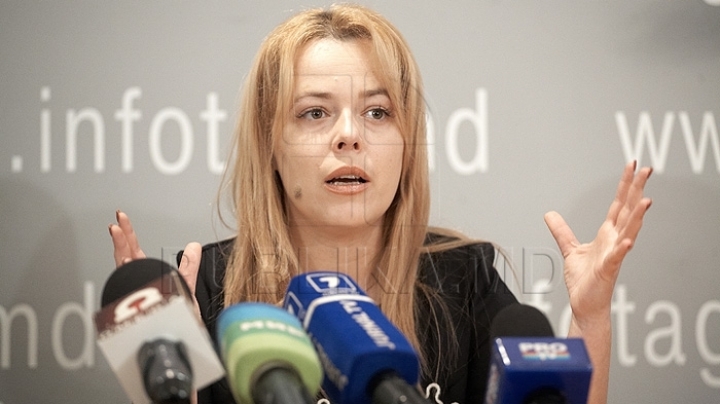 The lawyer Ana Ursachi, who is representing the interests of Veaceslav Platon, Renato Usatai, Alexandru Petkov in the trial court, and who is the relative of Andrei Nastase, refuses to comment the information from the media claiming that she was involved in a murder.

Ursachi also does not want to tell where she took the money from in order to finance the Liberal Reformatory Party, in the conditions in which were registered zero income.

She threatens to sue all who will publish information regarding her person.

“I do not comment for now the situation, afterwards proving the opposite in court. This vilification campaign is a part of a big psychological influence on the members of my family” said Ana Ursachi.

Previously, the blogger Eugen Luchianiuc wrote about the fact that in 2014, Ana Ursachi donated 120,000 lei to Liberal Reformatory Party. It is still unknown from where the lawyer took the money, as she did not indicate any income in the declaration of assets for 2012-2013.

At the same time, he also published documents which show that Ana Ursachi was involved in criminal schemes of dispossession of houses of socially vulnerable persons and even was accomplice to a murder.

According to the blogger, Ursachi was the accomplice of her former husband, who 19 years ago murdered with cold blood a woman, in order to take her apartment.