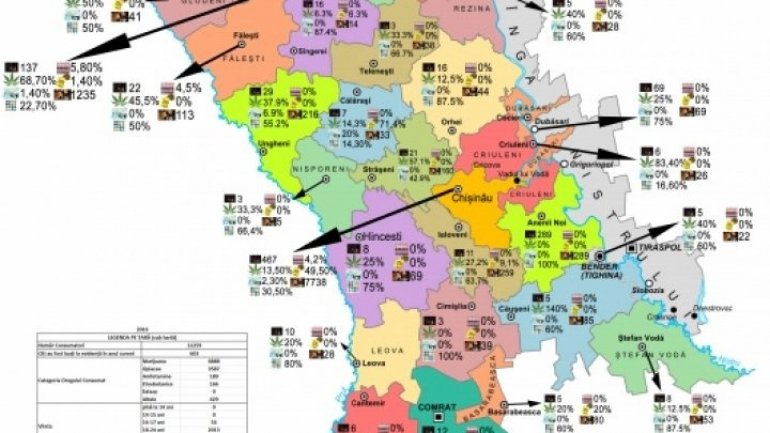 During 2016 - 2017, the National Police has performed anti-drug operations in the whole country, having documented 2 422 crimes regarding drug trafficking. At the same time, over 530 kg of drugs were confiscated, worth around 30 000 000 lei.

According to law enforcement, among most abused drugs counts: marijuana, opium and amphetamine.

During this period, officers have also found and seized equipment used in drug manufacturing and destroyed buildings were drugs were kept and prepared.

1 606 people were arrested for drug trafficking, out of whom 93% have already stood trial.

Recently, law enforcement have created for the first time a map of Republic of Moldova for 2016 - 2017, where all data was presented regarding drug abuse in each region. At the same time, this map offers the possibility for officers to concentrate more efficiently their forces and resource to combat this phenomenon.

According to the Penal Code, drug trafficking, manufacturing and trading is punished up to 15 years of imprisonment, depending on the crime's gravity.