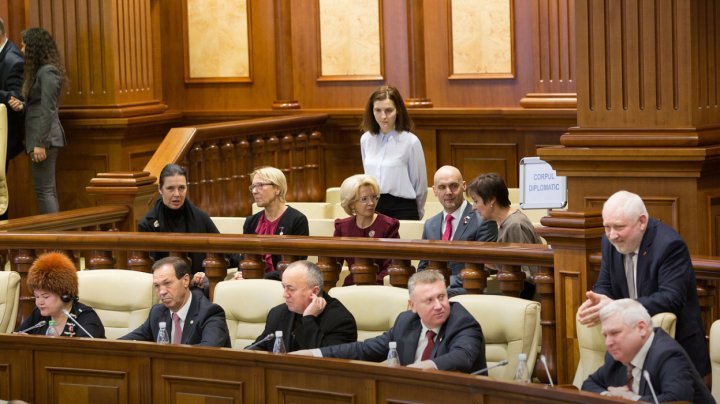 Parliament Speaker Andrian Candu had a meeting with President of Latvian Saeima, Ināra Mūrniece in her visit to Moldova. The Speaker of the Saeima was welcomed in the Parliament's plenary meeting today, then the Latvian official left a message in the Book of Honor of the Legislature.

At the meeting with Ināra Mūrniece, Andrian Candu appreciated Latvian support for the Moldova's European agenda. Parliament President referred to progress made by Moldova in the reform process, particularly at the legislative level, from the adoption of legislation in the financial-banking field, in the fight against corruption, the justice reform as well as the security challenges Moldova has to face.

Ināra Mūrniece, in turn, mentioned that Latvia would remain support for our country in the European pathway.

For the third year, Latvia provides our country assistance of 950,000 Euros to implement projects in sectors of democracy and good governance, rural development and health. There were 12 assistance projects approved in 2017.

The conference is organized in partnership with the Atlantic Council, at the initiative of Moldovan, Georgian and Ukrainian Legislators.