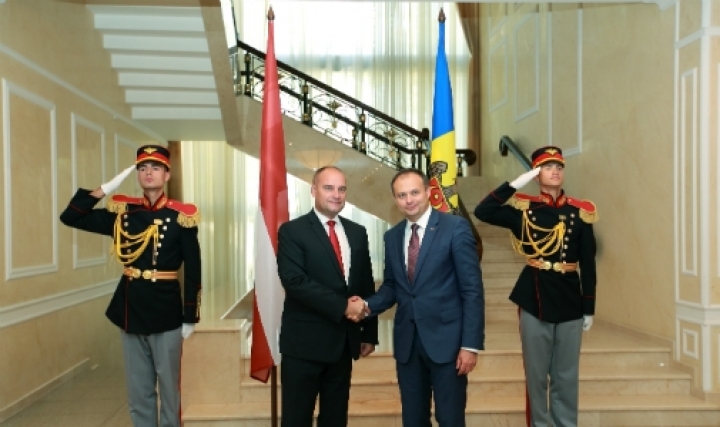 Supporting messages for the European way of Moldova and the agenda of reforms from Latvia, Lithuania and Turkey were transmitted during some meetings of the Parliament President, Andrian Candu.

In their turn, the deputy presidents of the parliaments from Latvia, Lithuania and turkey have appreciated the progresses registered by Moldova, expressing support in the implementation of reforms.

Gundars Daudze and Ahmet Aydin have addressed the speaker the invitation to visit Latvia and Turkey in the next period.

In the morning, the President of Parliament Andrian Candu and the deputy presidents Liliana Palihovici and Vladimir Vitiuc have discussed with the representatives of the European Parliamentary delegations, during an informal meeting, about the perspectives of development of Moldova and the strengthening of the inter-parliamentarian dialogue. The European officials have visited the renovated building of the Parliament, including the conference room and the Europe Hall.