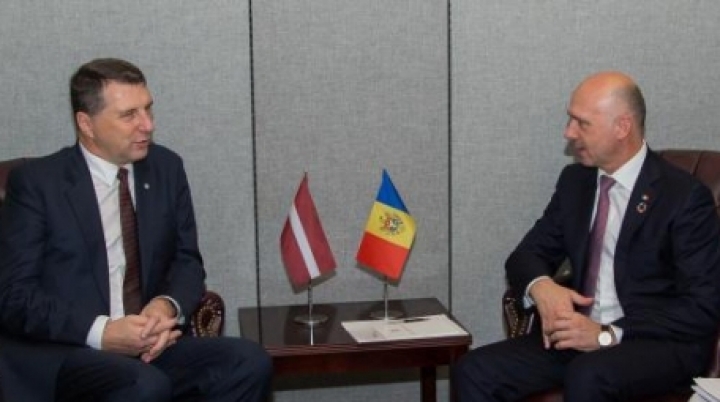 Prime Minister Pavel Filip has met President of Latvia Raimonds Vējonis, in the context of the 71st session of the United Nations General Assembly, the government’s communication and media relations department reports.

The officials underlined the good cooperation set between the two states, especially, in the context of implementing reforms in Moldova. The premier referred to evolutions in implementing the EU-Moldova Association Agreement. Also, he appreciated the development assistance provided by the Latvian government in different sectors.

For his part, Raimonds Vējonis reiterated Latvia’s support for Moldova’s European integration, noting that the Latvian side was willing to share its experience in the European path.

The sides opted for boosting the pace of economic exchanges and stressed the need to optimize the work of the Moldovan-Latvian intergovernmental commission on economic, industrial and technical-scientific cooperation, as well as for signing a bilateral agreement on social security. At the same time, Raimonds Vējonis accepted invitation to pay an official visit to Moldova in 2017.

So far, Moldova and Latvia have signed 30 bilateral agreements, other five ones are being negotiated, MOLDPRES reports.