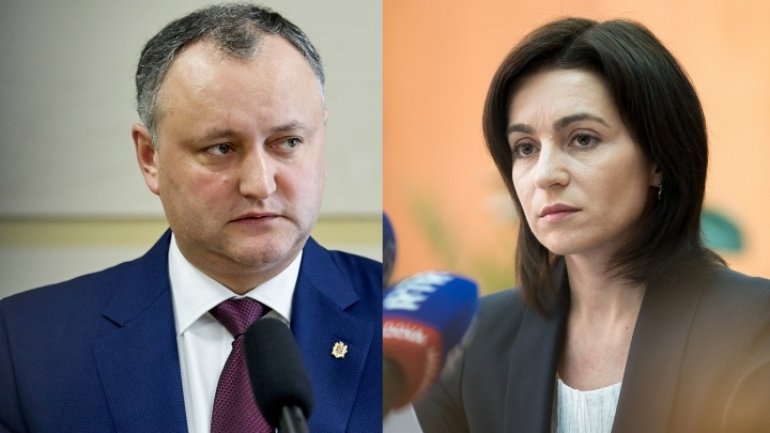 After processing 99.86% of the minutes coming from ballot stations, the score is:

Igor Dodon stated already he considered himself the winner of the Moldovan presidential poll and would be the rpesident of all Moldovans.

She has not yet acknowledged her defeat and has not congratulated the likely president elect.