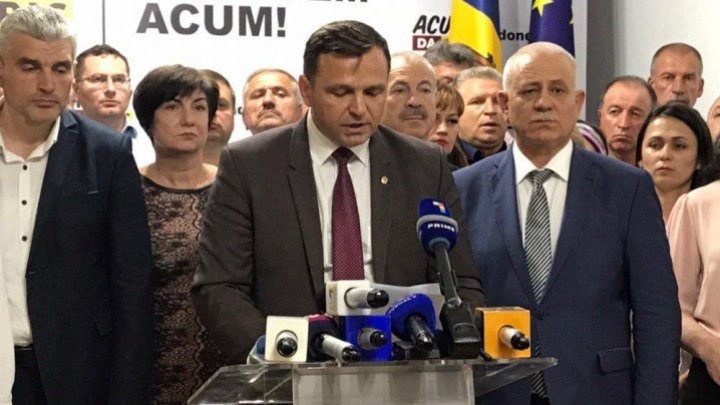 Andrei Nastase surrendered to PAS and gave up the speaker's function to the Socialist Party of Moldova. The latest decision was announced few minutes ago, after the National Political Council of DA Platform.

PPDA announces about voting a PSRM speaker proposed by PSRM, if the Socialist deputies will sign an agreement about voting the anti-oligarchic pack of laws.

Also, Socialists must sign an agreement in which they promise to vote Maia Sandu for the Prime-Minister function.

PUBLIKA.MD reminds about the voting campaign in which ACUM members signed an agreement in which they promised to voters to not ally with PSRM.
loading...
AFLĂ imediat Știrile Publika.MD. Intră pe Telegram