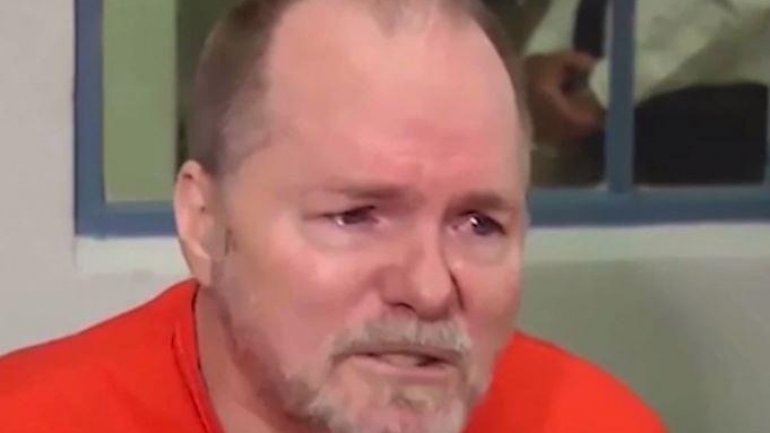 Man convicted of killing two people in 1991 was executed on Wednesday, reported dailymail.co.uk.

Patrick Hannon, 53, received a lethal injection and was pronounced dead at 8.50 pm at Florida State Prison in Starke, the office of the governor said.

As Hannon was strapped to a gurney, with 18 witnesses present, he expressed regret over the killings sand said it was two accomplices that killed the victims, Robert Carter and Brandon Snider.

'I hope the execution gives the Carter family some peace. I wish I could have done more to save Robert. I didn't kill anybody, but I was there,' he said.

'Robby was a good man and a good friend, and I let him down when he needed me most,' Hannon continued. 'As far as Brandon Snider, I think that everybody knows what he did to get this ball rolling. I'm sorry things worked out like this the way it did.'

Then, as the execution began at 8.38 pm, the woman made eye contact with Hannon and raised her hand as if to wave 'bye, bye'.

Twelve minutes after the execution began, he was pronounced dead.

According to authorities, Acker initially attacked Snider with a knife and Hannon sliced his throat, nearly cutting off the victim's head.

Snider's roommate, Robert Carter, begged to be let go and tried to hide in an upstairs bedroom. Hannon pulled him out from under a bed and shot him in the chest six times.

Richardson cut a deal with prosecutors and accepted a charge of accessory after the fact and a five-year prison sentence in exchange for testifying against the other two men.

Acker, now 53, was sentenced to life in prison plus 22 years at Cross City Correctional Institution in Dixie County.

Florida resumed executions in August after making changes to its death penalty sentencing law. The law now requires a unanimous jury vote for a death sentence.

Hannon had asked for a new sentencing phase in light of the recent changes to Florida's death sentencing system, but the new sentencing law did not affect his case because the state's high court ruled that those decided before 2002 were not eligible for relief.

According to the Tampa Bay Times, Hannon’s last day began with him waking up at 2.30am after sleeping just three hours.

His last meal consisted of: beef short ribs, fried potatoes, bacon, a roll, peach cobbler, vanilla ice cream and sweet tea. He ate most of the short ribs and all the peach cobbler.

He was also able to spend time with his wife, whom he married while he was on Death Row. Hannon declined to meet with a spiritual advisor.