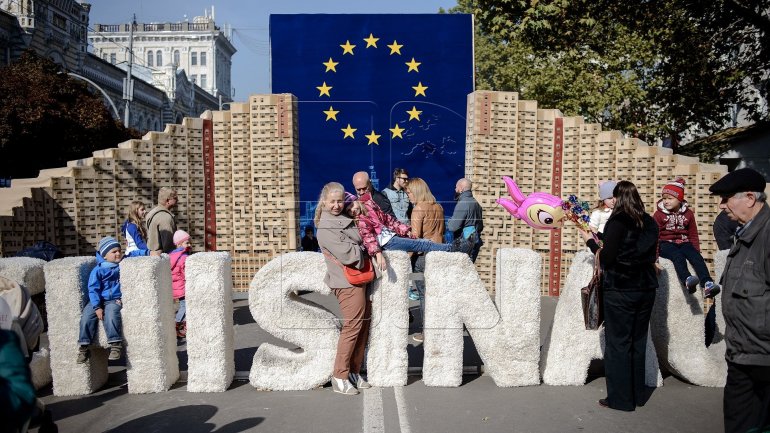 The capital is ready for the City's Day. In National Great Assembly Square, a stage was installed and the artists made the last rehearsals to impress all the citizens of the capital.

"Tomorrow, music will play all day in Chisinau.It is going to be a combination of classic and popular music", musician Vasile Advahov said.

"We were preparing for a long time for this event. We hope that the weather will be fine", Vitalie Advahov said.

The municipalities allocated more than 500 thousands lei for the manifestations for the City's Day.

"Starting with 12 am, on the Stefan cel Mare boulevard, there is going to be a cultural program organized by each sector of the Capital. The ending of the holiday will be marked by a spectacular show that will start at 6pm", Vadim Brinzaniuc, the spokesman from City Hall declared.

In the Nativity Cathedral will be brought remnants of Saints Ciprian and Iustina.

"There will be a praying moment for all the Capital's citizens, as there are multiple pieces of arts of Saint Maria that protects the city", Vadim Chebas, the Mitropolis of Chisinau`s secretary mentioned.

During the Capital's Day, the traffic will be suspended on Stefan cel Mare boulevard on the perimeter of Ismail and Mihai Viteazu streets.