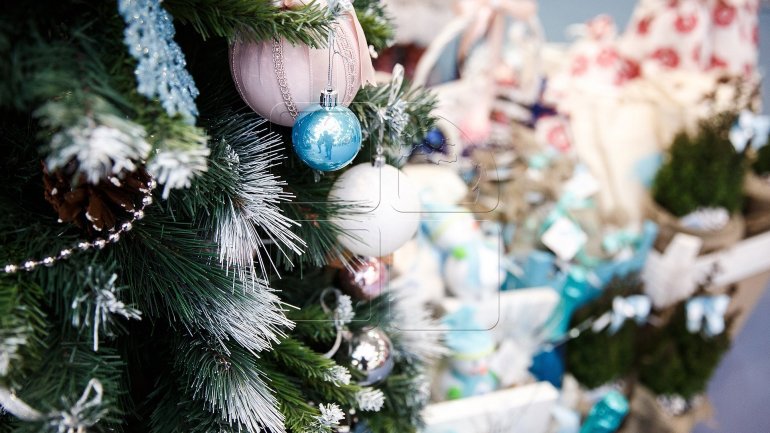 Thousands of Moldovans are preparing for Christmas, the holidays bringing together families.

Carols sings of the birth of Jesus, while traditional food can be smelled in villages. Maria Scutaru, from Băhrinești, Florești district, has begun cooking since dawn, despite being 70-year-old. She begun preparing dough for pastries.

"I prepared the dough and set it to rest. Then I made some pastries and set them on the tray. One we set for each sacred icon, in the kitchen and bedroom. They are kept like this until spring" Maria Scutaru said.

The woman is determined to have a table filled with food for her children and grandchildren.

"In villages we have the tradition to prepare borscht, as it cannot lack from the table, or sarma, meat croquette, stew" the woman said.

The markets from Capital were bustling with people. Most clients purchasing meat.

"I bought everything for a stew. A stew as it is done in the city, we prepare stew, meat croquette, schnitzel, pancakes, as all Moldovans."

"When you return from abroad you miss everything, we are going to our parents. We have meat croquette, jellied meat and pancakes."

"We purchased meat and champagne. Everything we need."

Nutritionists recommend avoiding excesses during this period, especially those who held the nativity fast.