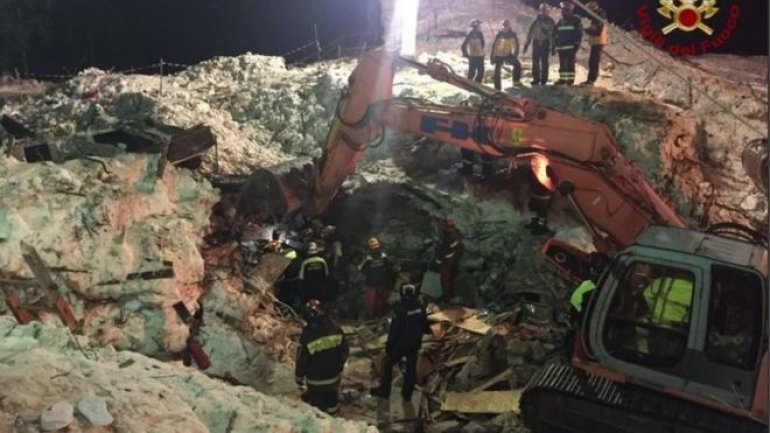 The bodies of a man and a woman have been pulled from a hotel in Italy that was hit by an avalanche, bringing the final death toll to 29.

Forty people were at the Hotel Rigopiano in Abruzzo when it was engulfed by snow on 18 January.

Prime Minister Paulo Gentiloni has acknowledged that local officials did not take initial reports of the avalanche seriously enough.

But he told parliament on Wednesday, that it was not the time to find scapegoats in connection with the disaster.

Post mortem examinations on six victims found that most died from physical trauma when the structure collapsed, prosecutors say, though some showed signs of hypothermia and asphyxiation.

Mr Gentiloni said that a criminal investigation was under way. Some reports suggested the local prefect's office at Pescara had not taken seriously calls for help from two people who escaped the hotel.

Rescuers reached the site several hours after the disaster. They had to travel to the hotel on foot because roads had been blocked by heavy snow.