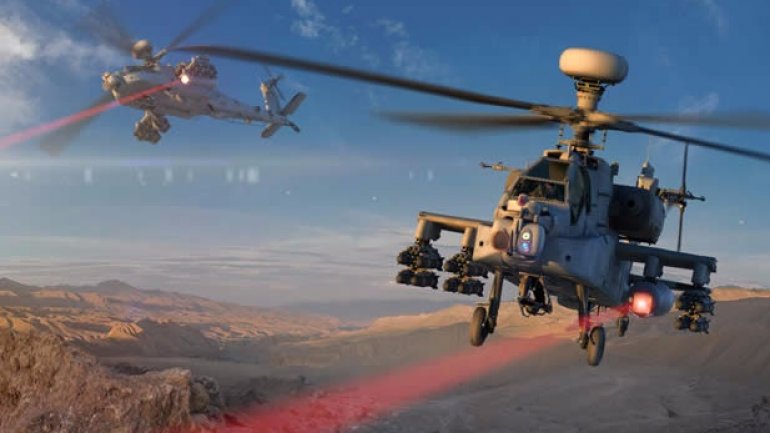 An Apache helicopter just successfully honed in on and hit an unmanned target with a laser gun, according to a press release from Raytheon, the weapon's manufacturer.

It was the "first time that a fully integrated laser system successfully engaged and fired on a target from a rotary-wing aircraft over a wide variety of flight regimes, altitudes and air speeds," Raytheon said. The Apache hit the target from about 0.9 miles away.

Raytheon combined a version of the Multi-Spectral Targeting System, which is an electro-optical infrared sensor, with the laser during the test, the company said.

Laser weapons are unique in that humans can't hear or see them, which does not bode well for the enemy, according to the Pentagon. They're also extremely accurate since they fire along a straight line, instead of an arc, which bullets and artillery shells fire along.