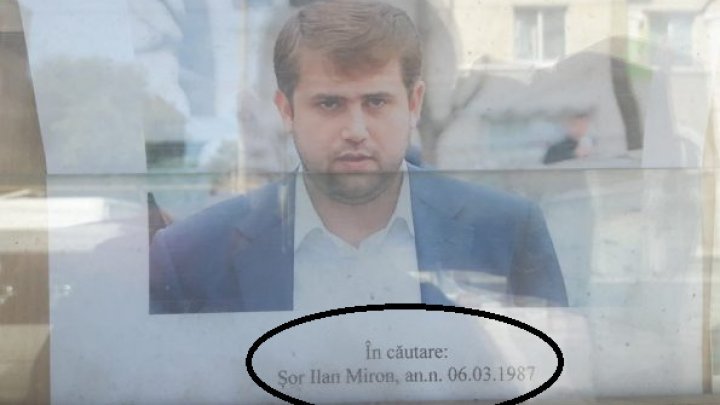 A large photo of the former Orhei Mayor Ilan Sor, was displayed on the criminal board of Balti Police Inspectorate.

The photo is carrying personal data of Ilan Sor: birth day, month, year and his patronymic.

Previously, Nordnews.md journalists wrote that on August 6, Sor's photo was missing from the board.

PUBLIKA.MD reminds that a week ago, the MP Ilan Sor was announced in international search. The announcement was made through a press-communicate by the Ministry of Internal Affairs, processed by the General Police Inspectorate.

Ilan Sor was sentenced in June 2017 to seven years in a semi-closed type prison.

That time, the high-court magistrates decided for Sor to be searched under judiciary control, until his final sentence.

He was charged of scam and money laundry in Unibank and Economy bank fraud folder.

Since February of the last year, his dossier was sent to the Cahul Court of Appeal.