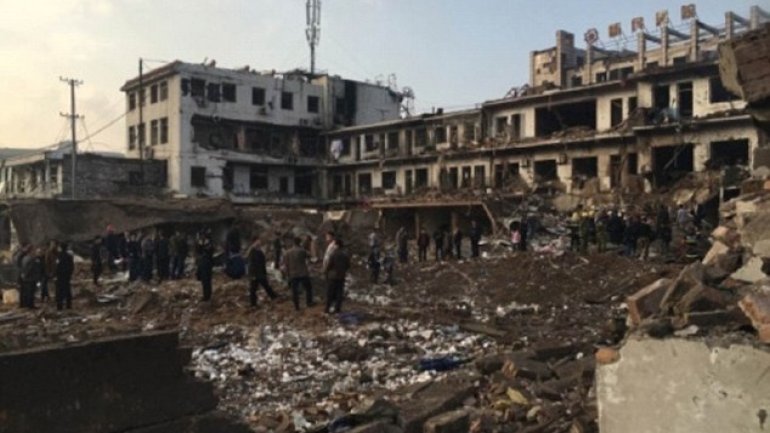 A powerful explosion has killed seven people and injured at least 94 in a town in the north-west of China's Shaanxi province, reports BBC.

The blast in Xinmin happened at around 14:00 local time.

Images and video posted to social media appear to show widespread damage and several injuries, with photos of rubble piled in the streets.

Early news reports said the explosion had happened near the local hospital.

A local newspaper reported the explosion "might be related to unlicensed storage of explosives" at a building nearby.