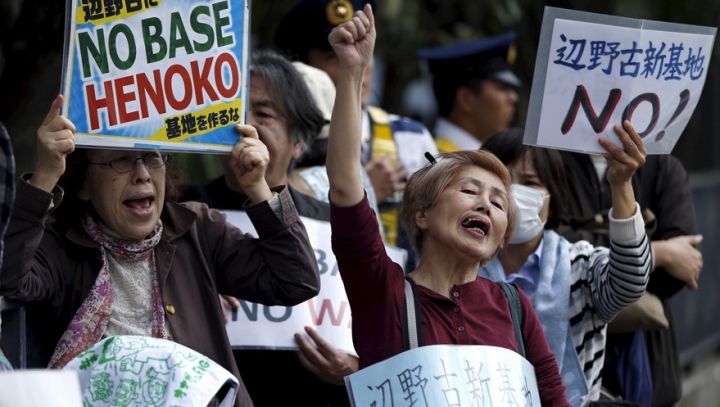 Tens of thousands of people on Okinawa protested Sunday against the presence of U.S. military bases on the Japanese island, many wearing black to mourn the rape and killing of a local woman in which an American contractor is a suspect.

The rally called for a review of the U.S.-Japanese security agreement, which burdens Okinawa with hosting the bulk of American troops in Japan. Also contentious is a plan to relocate a Marine Corps air station to a less-populated part of the southwestern island. The relocation plan developed after public anger erupted in 1995 over the rape of a girl by three American servicemen.

The killing of the local woman, who had been missing for several weeks when her body was found last month, set off outrage on Okinawa, where tensions periodically run high over crime linked to American troops. The U.S. contractor, a former Marine, was arrested on May 19 on suspicion of abandoning the woman’s body, but has not yet been charged with killing her.