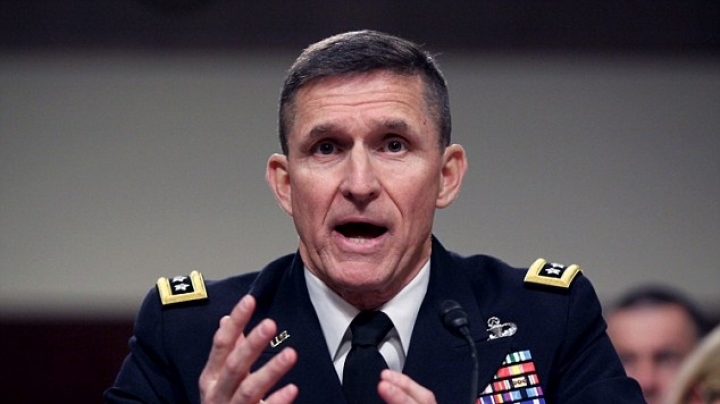 Lieutenant General Michael Flynn, an ex-chief of the Defence Intelligence Agency says the graphic films inures extremists to carry out their hideous brutality.

And he adds that intelligence gathering and the closing down of the fanatics' communications channels is key to beating them.

Flynn made the claims in the German newspaper Bild, where his book on winning the war against radical Islam is being serialised.

The veteran, who is a potential running mate for Donald Trump in the US election later this year, wrote: 'We looked a ruthless enemy in the eye - women and children, girls and boys, raped and exploited, the beheadings stored on a laptop next to pornography.

'At one point we actually had determined that the material on the laptops was up to 80 per cent pornography.

'These sick, psychopathic enemies were not only unimaginably hideous, but also treacherous and torn. We had to work faster to outwit them if we wanted to beat them.'

However, it is not the first time that jihadis have been linked to having pornography on their laptops.

He explained that British terrorists often become radicalised because of their badly adjusted relations with women and turn to extremism to stop them feeling like losers.

Meanwhile US officials also revealed in 2011 that former al Qaeda leader Osama bin Laden had a stash of pornography as he hid in his squalid lair in Pakistan.

U.S. Navy Seals said they uncovered the x-rated films during the mission to kill the terror leader, who masterminded the 9/11 attacks.

It has also been reported that the 9/11 jihadists visited strip clubs, paid for lap dances, and for prostitutes in motel rooms in Boston, Las Vegas and Florida before the attacks.