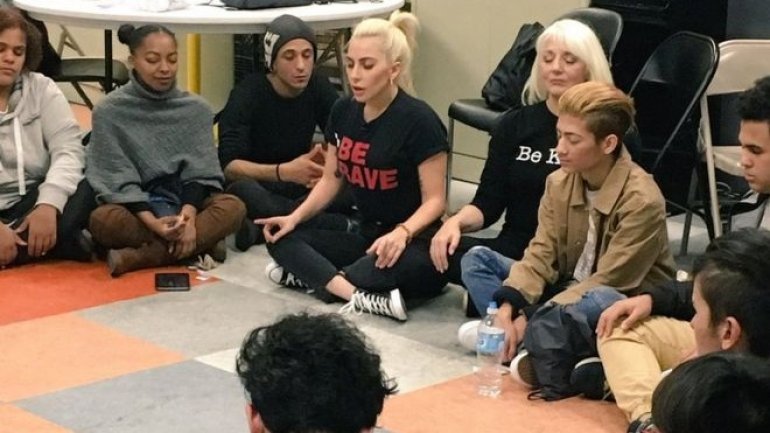 US pop star Lady Gaga says she has been suffering from post-traumatic stress disorder (PTSD) since being raped at the age of 19, according to BBC.

She revealed her mental illness during a visit to a homeless shelter for young LGBT people last month.

In a TV interview about the visit, she said: "I suffer from a mental illness - I suffer from PTSD. I've never told anyone that before."

She has since admitted she blamed herself and did not tell anyone about it for seven years.

Her interview with the Today Show, which was broadcast on NBC on Monday, is the first time she has talked about having PTSD.

During her visit to the Ali Forney Centre in New York, she told the homeless lesbian, gay, bisexual and transgender teenagers that her trauma helped her understand others.

"The kindness that's been shown to me, by doctors as well as my family and my friends, it's really saved my life," the singer said, after bringing presents to the astonished teenagers at the centre.

"Meditation helps me to calm down," she said, adding that she was struggling with her mental illness "every day".