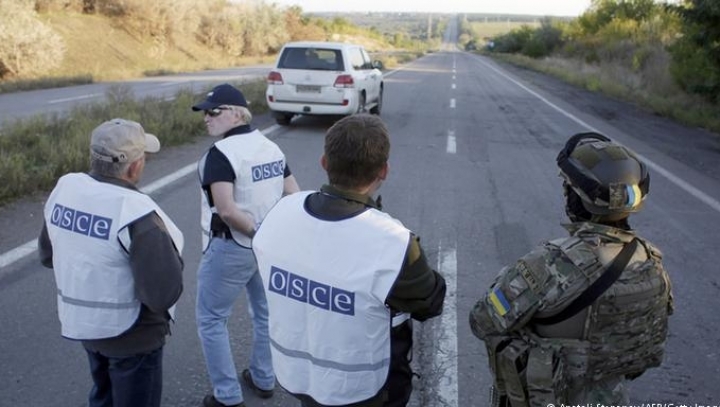 The OSCE Special Monitoring Mission is ready to establish nine control bases along the fragment of Ukraine-Russia border in the occupied Donbas region.

That's according to Ukrainian Foreign Minister Pavlo Klimkin. In an interview, the Minister shared the details of the control checkpoints.

"The OSCE is ready for this. We want to place at least nine bases along the border as well as correspondent video surveillance means, infrared devices to monitor the situation including over night," Klimkin said.

He added Ukraine needs OSCE representatives on its side of the border to be present at the checkpoints on non-controlled areas.

"And of course of critical importance is the coordination of mandate and deployment of an armed police OSCE mission," Klimkin is quoted by Ukraine Today as saying.

PUBLIKA.MD reminder: Ukraine set its army on high alert yesterday after Russia had blamed it for trying to launch a terror attack in the Moscow-annexed peninsula of Crimea.