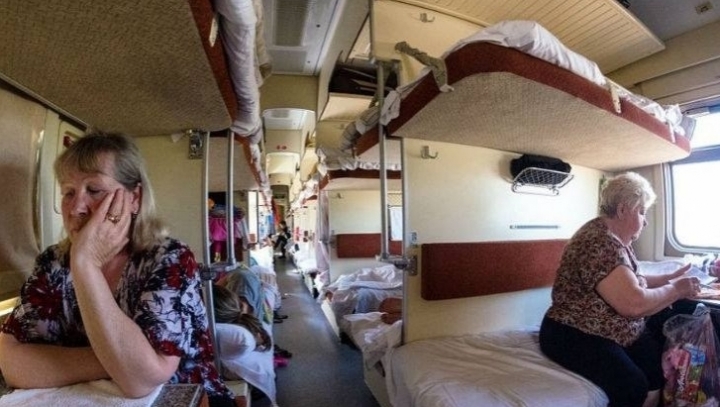 Ukrainian trains’ dirty, smelly and stuffy sleeper cars might become a thing of the past if the government succeeds implementing the program which attempts to fix some of the most unpleasant aspects of the country’s railway travel. So far, however, the good intentions affect only a tiny fraction of the state-owned railway monopoly’s fleet.

Elaborating on the plan, Infrastructure Minister Volodymyr Omelyan said the cars will be equipped with vacuum toilet system, meaning that the use of toilets will no longer be banned while trains are passing urban areas.

Omelyan also pledged to improve the quality of bedclothes, promising to get rid of the feather-stuffed pillows, known from the Soviet Union times, as well as “dusty blankets” made of wool – as he fittingly described them – and the permanently dirty curtains, which would be replaced with window blinds.

After the modernization, the cars get an air condition, electric current charges, better lighting system, and announcement panels in sleeping compartments.