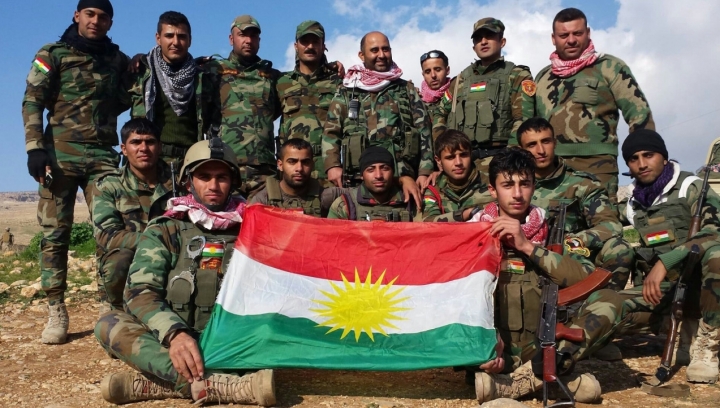 The advance began after heavy shelling and U.S.-led coalition air strikes against IS forces.

The militants were fighting back, firing mortars at the advancing troops and detonating at least one car bomb. Clouds of black smoke rose from the area.

A Peshmerga commander said six villages had been taken from the ultra-hardline Sunni militants by midday.

The Iraqi army and the Peshmerga forces of the Kurdish self-rule region are gradually taking up positions around Mosul, 400 km north of Baghdad.

It was from Mosul's Grand Mosque in 2014 that Islamic State leader Abu Bakr al-Baghdadi declared a "caliphate" spanning regions of Iraq and Syria.